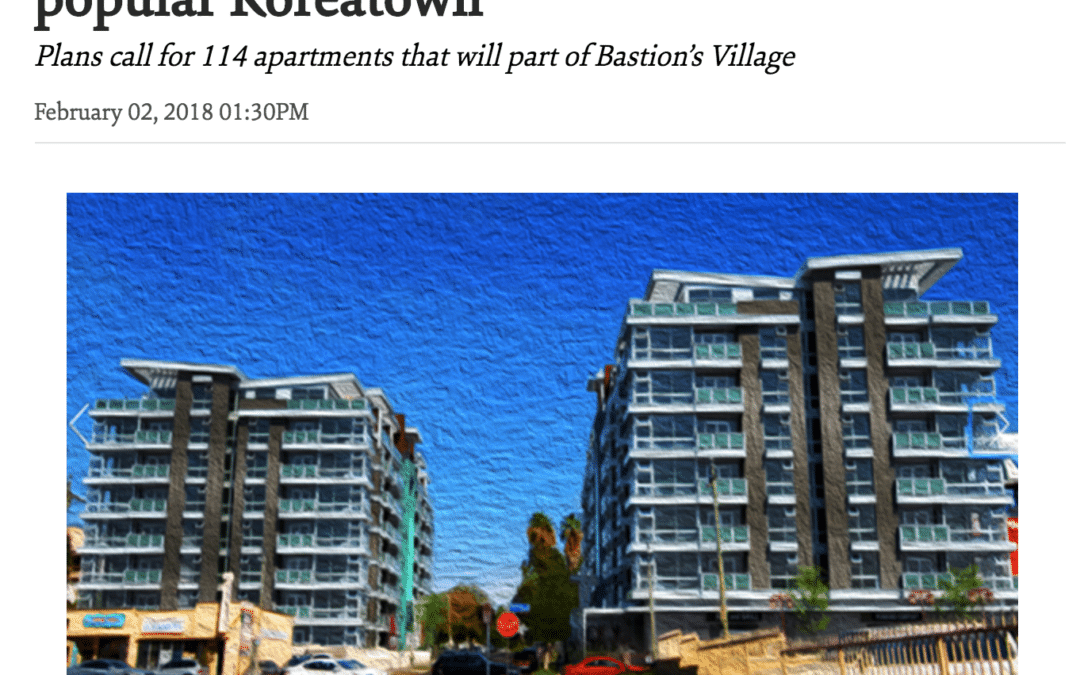 The plans are for 114 apartments above 3,550 square feet of ground-floor retail, according to Urbanize LA.

The building, to replace a medical office building at the corner of Olympic Boulevard and Manhattan Place, is one of two that will make up Bastion’s Village complex. The other will be built at the site of a parking lot across Manhattan Street. In total, Bastion’s Village will be 282,631 square feet, according to Bastion.

Koreatown has seen a flurry of new project proposals in recent months. In July, a Beijing-based developer filed for a 33-story high-riseon South Vermont Avenue — joining 30 or so other proposed projects in the area.

Earlier this month, developer San Hoon Chung filed for a seven-story condo on South Oxford Avenue and West 5th Street. That project will have 89 units.

Also earlier this month, a developer filed for a six-story 38-unit projecton South Oxford Avenue, between West 4th and 5th streets, which will take advantage of a density bonus and include affordable units using the city’s transit-oriented communities initiative. [Urbanize LA] – Dennis Lynch